Why Are Fans So Obsessed With HeIsTheArtist

Heistheartist is not your average singer/songwriter. His music roots are deep within folk and pop, with a sound that reminds of artists like John Mayer, Ed Sheeran, or Sheryl Crow, only to mention a few!

If you heard a jazzy spin to HeIsTheArtist’s vocals, you are quite correct because he started as a jazz singer. As LeeMann Bassey, he peaks at number 7 on the Itunes Jazz France Charts with his rendition of the Jazz standard “Summertime.” He vows to be an all-genre artist with a vast amount of released singles in Gospel, Rock, R&B, Jazz, Country, EDM and Hip-Hop. His all-genre initiative is inspired by his idol Nicki Minaj’s multi-genre chart dominance.

HeIsTheArtist is currently embarking on an East Asian musical venture. His latest single “Luck” just dropped in Japan and China and will soon be released on January 21st in Korea by the highly-regarded Korean music distributor- Sound Republica.

The single is about the importance of teamwork, having people in your corner that you truly can depend on, and an idea that will play important during this upcoming Olympics in Tokyo.

HeIsTheArtist’s EP “I Can Do Bad All By Myself” makes its debut on April 1st and it includes his single “Luck.” The EP has a mixture of Hip-Hop, Jazz, and R&B songs all in the Neo-Soul tradition. Be sure to connect with HeIsTheArtist on social media and digital music platforms.

International Artist, Latoya Jane releases the visual to her latest single, “Be in Like”

Latoya Jane’s music never fails to impress and with her latest hit song, ‘Be In Like’, she truly manages to strike a chord, particularly with her female listeners, who can’t help but relate with the subject matter – that of an unhappy love story and a bitter break-up. There’s just something incredibly compelling in Latoya Jane’s voice, something almost mystical in her distant, ice-cold voice, that still manages to send shivers of emotion down the listener’s spine.

Even though Latoya is a young, up-and-coming talent, what immediately drew me to her music was her daring, the boldness that radiates from her every pore, every word. Clearly, this is a woman who’s been through life and not just the picture-perfect aspects, but the gritty and the hardship, and yet, she has broken through all that and managed to create these beautiful songs that sink into your heart and just resonate with something buried deep inside.

Latoya Jane is an artist who breathes strength through her every move and if this wasn’t clear in the song itself, it becomes obvious when we look at the music video that accompanies ‘Be In Like’, a clip that pairs shots of Latoya in a chic, white suit, singing atop a building and a much more vulnerable, barely clad version of herself, thus beautifully signifying the duality that most of us hide from the world.

The Canadian singer, although just at the start of her music career, has already captured the attention of the public. In 2018, she won the Song Writing Competition in Music Ontario and was nominated for the Best Female Vocalist title at the Queens Rising Together Award. She has already collaborated with various big acts, such as Pinchers, Pamputee, Shawty Lo, and Michie Lee, and will undoubtedly work with numerous other big artists in the coming years.

Latoya Jane infuses her music with passion and obviously, with personal experience, which makes each song feel unique and exciting. Be sure to connect with Latoya Jane on social media and digital music platforms.

New Orleans native, Acethagod is an upcoming artist from the 504. On Aug. 24, 2019, he released his debut EP “GOD” which took the industry by storm with 14.5k streams and increasing daily. His labelmate Jaydense tapped Ace for a feature on his single “Different Now” which currently has 16.5k streams.

The single got the attention it needed and AceTheGod delivers a 3 song EP titled “Sent from Heaven” on Christmas Eve. In three weeks, the projects collectively accumulate 10.1k streams -just in time for his EP “Original Me” release. With the anticipated album being constructed over the past 5 months, lots of momentum has been in the favor of Ace’s label, Burnt Booth Records.

“Original Me” is set to be a 12 song album with producer NawskiBeats. This project will be giving people their most in-depth look into Acethagod. Arguably some of his best work to date, the album contains a rollercoaster effect with the many changes of pace. The listener will hear incredible diversity in every track as Ace takes a very versatile approach. From a smack in the face to a kiss on the cheek, back to a kick in the nuts, “Original Me” is sure to keep fans satisfied and hungry for more.

Ace’s direction – after the release of the album – promoting the album and a few features for his fans. Rumor has it, Ace’s label has teased with talk of a compilation album dropping sometime this year which has not been confirmed by his manager or label head Brayden Parquette.

Beginning with a strong 2020, Acethagod proves that he is a contender with expectations to release more projects. Be sure to connect with ATG on social media and digital music platforms. 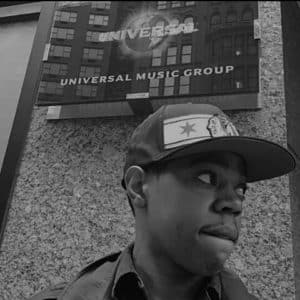 Your Friend Jaden is a 14-year-old artist coming from the rural parts of New Jersey. At the age of 12, Jaden begins to have an interest in music and starts to play the guitar. Playing the guitar piqued his interest in other genres of music including Metal, HipHop, Alternative Rock, and Indie music.

Originally, Your Friend Jaden strives to be a singer and would consistently write songs that were not good enough in his eye. Suddenly at a moment, he’s drawn to rapping instead of singing. In February of 2019, Jaden finally decides to rap and dives deeper into Hip-Hop and Rap. He would listen to artists ranging from Eminem to Tyler, The Creator.

Your Friend Jaden has always had a passion for making music that isn’t the traditional sound that you would hear on the radio. His goal is to offer his fans something different from what other rappers and singers are doing. Often, Jaden makes music that will test the limits of his creativity. He wants to be known for something that will change people’s lives and the way they view the world. The eccentric part of him isn’t surprising because he has always felt like he was a little different than his peers. Most of his childhood, he tried to fit in with other kids- he eventually gives up and just begins to be himself.

Your Friend Jaden has a pretty good chance to meet his goals. All the things such as- getting what he wants in his life and reach that goal no matter what. Even though Your Friend Jaden is a young artist, he will continue to enjoy his craft, make good music and hopefully, it will bring him success in his future.

Be sure to connect with Your Friend Jaden on social media and digital music platforms.