Pat Phinney is a young and up-coming emcee from the suburban Boston area in Massachusetts. Starting off the new year of 2021, Pat Phinney works with Emilio Rojas to deliver the single “With That” which emphasizes the lyrical ability of what the East Coast native is capable of. With an old school flow mixed into the new age sound, he brings a lot to the table with his extraordinary vocabulary and plays on puns. 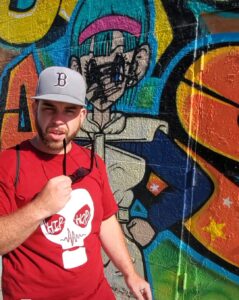 Making music for well over a decade now, he steps into the game with a few notable collaborations. During this time, Connecticut native D. Lector and Phinney create a four-track EP titled “The Isolation Ep” which includes songs like “The Underground” and “Medicine.” Since then, he constructs his debut studio album titled “Phinney’s Town.” The thirteen-track album tells its own story and brings such emotion to its listeners.

The dominant-featured emcee, Pat Phinney routinely delivers new music at a professional level and is the global artist to keep an eye on. The hip-hop artist has consistently dropped new material from late 2019 to early 2020 with artists like Dwell Tha Fantum, Enels, and Critikal. Additionally, he has been recognized and featured on several media platforms including thisis50.com. Also, he links up with the legendary East Coast rapper/producer Apathy for the track “You Should Know.” Pat Phinney continues to prove that he will become a staple in hip-hop from here on out. With no signs of slowing down, 2021 will lead with Pat’s second studio album and numerous featured singles. To remain informed, be sure to connect on social media and digital music platforms.