12-year-old brothers – BLM Jay and TJ come together for the end of summer anthem for the kids. This summer, the two of them spent their vacation with their father. BLM Jay’s Mom lives close by and decides to take them on a field trip to TreMuur Studios in Miami. TreMuur Studios is owned by former NFL player, Curry Burns. Curry and BLM Jay’s Mom went to the ‘University of Louisville’ together. While on the way to the studio, she wanted them to come up with a cool ‘Tik Tok’ record. The video game playing duo went into the studio with the engineer and “Flexin” is the result. Since Covid-19 had them confined to the house, the single was something that they wanted to do. “Flexin” is a fun and energetic song for good music lovers.

Be sure to connect with BLM Jay and TJ by pressing play. Don’t forget to follow them on all social media and digital music platforms.

Oakland – native singer, composer, actor, and drummer, Bennie S. Rodgers II – professionally known as Rojo. Avenue (Ro.Ave) – is no stranger to the music industry. Over the past decade, the multi-talented artist has collaborated with some of the biggest names in the music industry, including Mariah Carey, BIGBANG, Keri Hilson, BLACKPINK, and more.

Now, Ro. Ave is preparing for the next chapter in his career: his highly-anticipated debut as a solo recording artist. With energetic beats and an ear for catchy melodies, RoJo. Avenue’s fusion of pop, soul, and R&B is guaranteed to put you in a good mood. It’s a mixture of old-school and new-school. He blends the vibes of the ’90s with the sounds of today to create tracks that are simultaneously trendy and timeless.

Ro. Ave is a melting pot filled with great musical influences – he draws inspiration from every aspect of his life. His background as a drummer is the foundation for his songwriting. Artists like Prince, Stokley (Mint Condition), and Teddy Riley (Blackstreet) shape his sound and style. Ro. Ave’s love for 90’s music and his exposure while traveling the world gives his music unique energy.

Rojo. Avenue’s debut single, “Round Two” that features Callie Lee and John Fossitt, was released worldwide on July 10th, 2020. It has become an instant summer classic and a new staple in his career. While continuing to embrace this journey, his work ethic never lets up. His first EP, released under Briight Red Entertainment Partners, will follow late 2020. Be sure to connect on social media and digital music platforms.

You’ll rarely find an artist that also happens to be a successful tech entrepreneur. Lennie Moreno’s musical purpose was never about making money; in his own words, it is a simple moral investment to inspire, motivate, and wake people up to many of today’s realities. By paying close attention to the different sounds, clues and objects carefully placed throughout his new video; viewers can paint a clear picture of what Lennie’s message is trying to convey when talking about today’s crisis. From mandatory vaccines to the controversy surrounding face masks, from child trafficking to the entertainment industry and from mainstream media’s promotion of racial division to the Jeffrey Epstein / Ghislaine Maxwell scandal; this piece explains how all the current events are inter-connected but most importantly, provides solutions on how we can fight together to be on the right side of history. 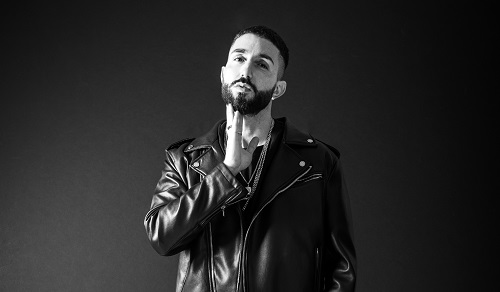 In a world where too many eyes are focused on music videos that are 1- ignoring the issues or 2- dumbing us down, this movie-like music video brings viewers to want to become a better version of themselves and ask fundamental questions about our society. Lennie is also a 2018 and 2019 EY Entrepreneur of the Year Finalist, 2018 Mercuriades Finalist, 2018 LinkedIn Award Winner and was featured in multiple publications including The Source Hip Hop Magazine, Yahoo, Les Affaires, Green Tech Media, Startup Grind, Startup Fest, Techno Montreal, and many others. Be sure to connect with Lennie Moreno on social media, his website, and digital music platforms.

Andre Rose (Jevon Roye) was born in Miami FL to Jamaican parents. From a young age, his household played various types of music from reggae to blues. At two years old, he had a near-death experience, nearly drowning in the family’s back yard pool. He was pulled out the water unresponsive, resulting in two months of hospitalization, three weeks of which were spent comatose. Doctors told his parents if he survived, he will live the remainder of his life with brain damage. His father played a radio by Andre’s ear, day and night, hoping to get a response when one day, he did. Til this day, Andre says music is what saved his life.

“It’s all a big puzzle that you have to create and solve at the same time. You must have the dimensions to intrigue people and the simplicity where they can relate and see the song as a movie as the tracks play.”~Andre Rose

During middle school, Jevon’s talent emerged. He begins by participating in rap battles and finds himself through the school’s music and arts program. It was a way for him to express himself during a difficult time. His parents had undergone a divorce and he did not get along with his siblings. Writing music and poems were an outlet for the repressed emotions he had at the time.

Andre Rose’s style of music is a mix of his Jamaican roots and the diverse culture of the Miami community. Having to grow up on his own and being exposed to the diverse elements of his hometown has directly influenced his music. Be sure to connect with Andre Rose on all social media and digital music platforms.