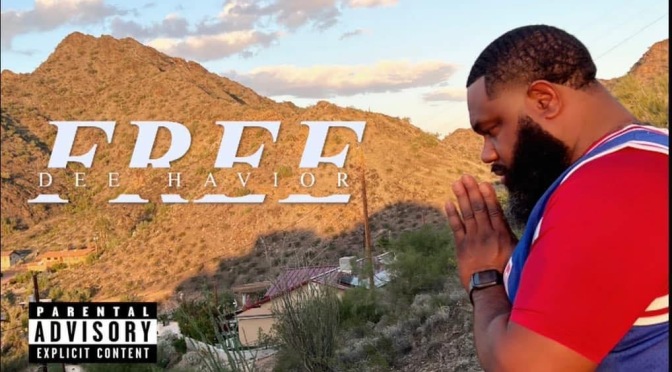 This comes during a crucial time in Hip Hop and the world as a whole. A backdrop driven by drums and striking bass looped with soulful melodies heightens Dee Havior’s lyrical testament.

The intro gives off revolutionary vibes while Dee Havior overlooks his city with distress, but also with hope. His potent rhymes and storytelling depicts the desire and needs to be free. He’s striving towards opportunities and unity within the communities. Dee Havior also embodies what being free looks like from his childhood memories through adulthood. Be sure to connect with Dee Havior on all social media and digital streaming platforms. 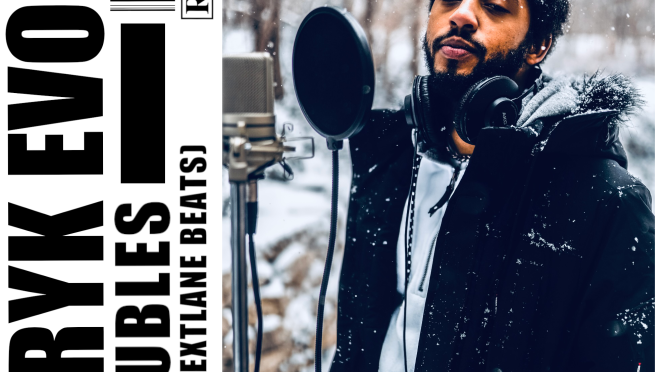 Born in La Grange, IL, Deryk Evons is an artist with a unique perspective on his sound and vision. From punchy trap-inspired beats to melodic samples and incredibly catchy hooks, he repeatedly brings the essence of what’s new in music. At the age of 10, he took an interest in music. During his childhood, he grew up with hand-me-down IPods and would listen to music bands like “My Chemical Romance” and “Fall Out Boy.”

At the age of 15, Deryk Evons didn’t get into rap music until he heard varieties of the genre that included artists like Eminem and 50 Cent. At that time, Eminem was the biggest influence in rap when he begins to rap music. Eminem’s wordplay and delivery inspire the young rapper and help hone his artistry. Currently, Deryk listens to artists like Saint Jhn and Clever who have taught him how to be more melodic and honest within his music. When Saint Jhn dropped his project titled “Ghetto Lenny’s Love Songs“, Deryk Evons’ entire outlook on music changed.

During Deryk’s career, he has been featured on sites like Hot New Hip Hop and Clonefluence. Additionally, he appeared on the “My Opinion Doesn’t Matter” Podcast. His music library contains his songs “Troubles” and “Calm and Collected.”

Deryk Evons feels if he can inspire someone to push forward and/or make it through a rough time with his music, he accomplished exactly what music did for him. His goals include making it to the top and staying there for as long as he possibly can. Be sure to connect with Deryk Evons on social media and digital music platforms like Spotify. 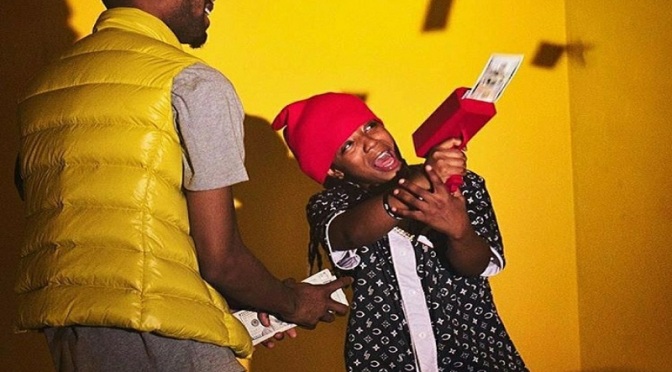 MAKE THAT MILL ENTERTAINMENT PRESENTS: ToySoulja and Spenzo in “THEY MAD” 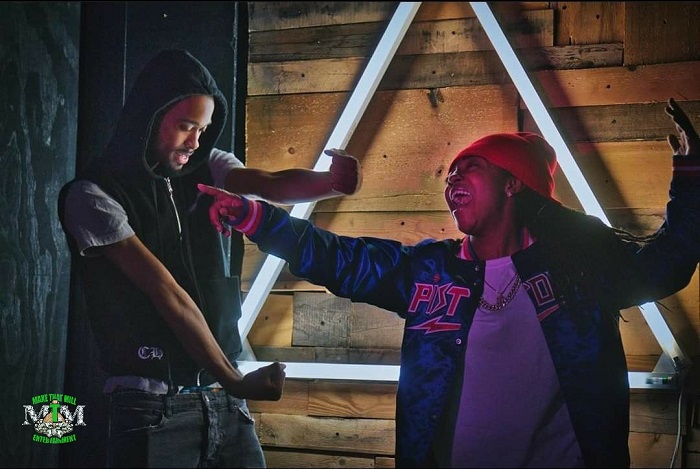 ToySoulja is a 23-year-old Female Artist, and her city is best known for popular artists such as Dej Loaf, BigSean, Eminem, and Tee Grizzley-just to name a few. The Detroit artist has been at work all year and delivers new vibes to her fan base. Her recent project titled “HeartBreak Season” was released earlier in 2020. The mixtape features 7 powerful tracks composed of pain, darkness, and heartbreak. But thankfully, she’s not allowing that season prevent her from gaining even more in her winning season. Instead, she’s using that energy to manifest her vibrant and refreshing new sounds into The Windy City, with Chicago’s very own Spenzo.

Raised in Chicago’s southside neighborhood of Englewood, Spenzo emerged into the drill scene in 2013 when his hit song “Wife Er” hit the airwaves. The popular song is close to 4 million views on YouTube, and the single first appeared on his mixtape “In Spenzo We Trust.” The mixtape featured production by Metro Boomin, which increased exposure and led to the project “I’m So Sorry” featuring Young Thug. The following year, he linked up with another Chicago heavy-hitter, and the masterpiece “Effortlessly” featuring King Louie was brought to life. His success didn’t stop there, it continued to excel with “I Want You” featuring Tory Lanez. Now the popular Chicago artist is back to setting new trends by adding his own Chicago spiced flavor to this electrifying new video “They Mad.” The video is directed and filmed by @OpenMediaProductions and @G.O.A.T_Visuals.

Be sure to connect with ToySoulja, Spenzo, and Make That Mill Entertainment on social media and digital music platforms. 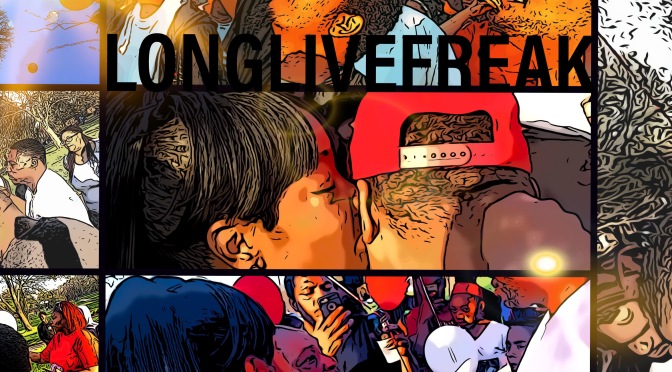 A new breed of hip-hop artist, Shon Kash has risen through the ranks of the underground to become a new titan of the industry. With a flair for raw and personal lyrics that flow against driven, distinctive beats and uniquely creative production, his style is true to the classic Detroit sound while also defiantly and perfectly his own.

A central part of the Legends Only Legion collective, as well as an independent visionary, Shon Kash has taken to Spotify as a solo rapper in recent years. Kash is boldly pushing his sound through the release of two essential singles, the captivating “Growing Pains” and the indelible “Long Live Freak.” Brash, bold, and utterly unforgettable, the two singles are undeniable proof of his power and proficiency behind the mic, ensuring that its only a matter of time before he’s crowned the true king of independent rap. Be sure to follow Shon Kash om all social media and digital music platforms. 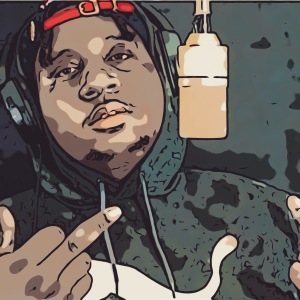 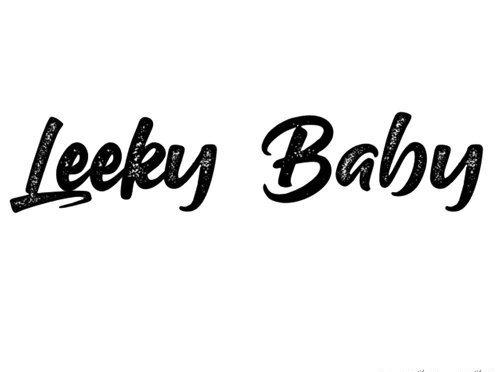 Detroit native, Leeky Baby is a rising artist, rapper, and songwriter. Growing up in an unimaginable setting, Leeky Baby has been able to develop himself to a recognized name in the hip-hop community. Through his experiences in the hood, Leeky has developed himself to be what he is today. From dreams to reality, he is quickly rising in the scene. 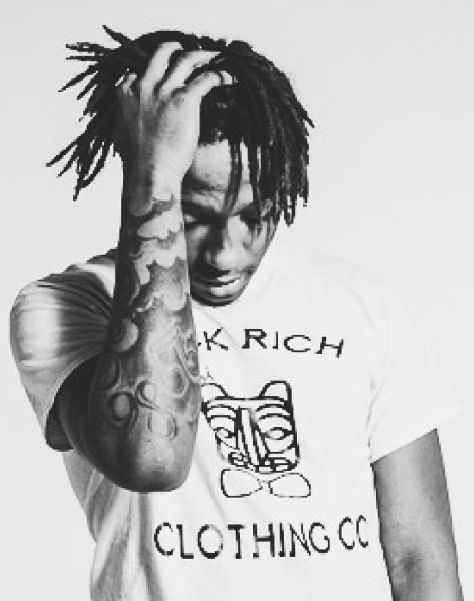 Leeky Baby’s music will captivate the listener, as his lyricism is rooted in life experiences and emotion. His storytelling ability will grasp any listener as his intricate wordplay and heavy-messages carry weight. Leeky Baby seeks to provide for his family and open a path for the future generation of artists. His style and sound will differentiate himself from other artists in the scene.

As a renowned name in Detroit, Leeky Baby has opened for major artists in the music industry which has pushed him to be the next hot act in the city. Moreover, during his career, he has won over one hundred showcases, cementing himself as a force to be reckoned with. Leeky Baby is an artist to keep an eye on and ear out for as he is set to leave his footprint in the music scene, and around the world. Be sure to connect with him on all social media and digital music platforms.