Meet the Youngest, Upcoming SuperStar who is shaping Music at 14-Years-Old

Ameerah Jay’s debut album titled “ALREADY 14” features the hit new single “Survivor”. Ameerah Jay is an upcoming Superstar, the daughter of a popular and famous European artist Elam Jay. Ameerah has an amazing voice that is so big and she is only 14 years old. When she sings, you would think Mariah or Beyonce was singing. Her unique style can be heard from her own life experiences. She constructed the perfect song “Survivor” which entails her struggles and challenges in life that created the perfect masterpiece. 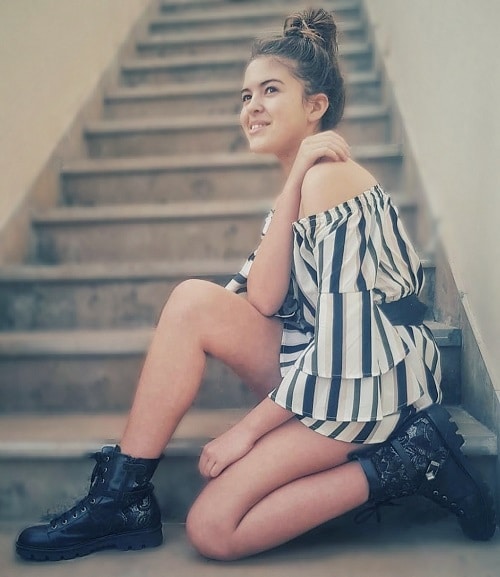 Born in Geneva in September 2005, Ameerah Jay has her roots in Morocco from her father and in Romania from her mother. The multiple nationalities allowed her to travel all the time between countries and continents and helped to improve her taste for eclectic quality music.

With parents being performing artists, Ameerah landed into the music business since she was newly born. She grew up taking part in late studio sessions, shows, rehearsals, or brainstorming meetings about launching strategies. She started singing at 8 years old, but her love for the stage happened when she performed for the first time at the age of 10, on a show organized by her ART’s school, and finished her representation with the whole crowd giving her a standing ovation.

Inheriting a love of soul music from her father and a love of current pop from her mother, Ameerah Jay forged her unique identity in singing. Compared with Adele or Amy Winehouse, yet such a distinct incomparable voice, Ameerah comes out with an original style, that once you listen to her, you know that she might inspire the world forever.

For 2 years, she moved with her family in the United States of America, where her father built up his music Label, Jay Vibe Records with studios and offices in both Miami, Florida, and Marrakech, Morocco. Her debut visual album suggestively entitled “Already 14”, wove between hard-hitting songs touching on actual social situations and more personal narrative ones. The first common reaction to her music is “What- there’s no way this girl is 14 years old!” The mind-blowing power of her voice, complimented so well by her emotions and the soul she exhibits through each word, might touch you to tears. Ameerah’s music has meaningful lyrics narrating important episodes of the artist. Each of the songs are written and composed by her father, Elam Jay who has a passion for both-emotional songwriting and visceral beats. It’s about raw human emotions, sometimes controversial sometimes just simple but always in their purest condition to illustrate a chronology of relevant events.

Ameerah Jay’s album is an overwhelming blending of styles like Pop, Country, Soul with some rockish sonorities, just enough to make each song sound epic. Ameerah Jay is here to prove that she means business. Check out her new release “Survivor” hitting the worldwide web on May 29th. Also, be sure to connect on social media and digital music platforms.