Back in 2016,  while in Thailand,  the artist SlickMick got hit by a car. The result was several broken bones and having a bleed on his brain putting him in post-traumatic amnesia for several months. He loses the ability to make or retain new memories. Now three years later, he’s recovered, back in Thailand and doing the same old thing-music!

FLYBOYMAC releases his visual to hit single, What You Want

Malcolm Antonio Moss that goes by the name of FlyBoyMAC has been on the Big Bubble lately !!! After dropping his Biggest Hit Single ” What You Want ” on all major platforms… He also had got Book to be on California Best Radio station ( KCAA RADIO ) in San Bernardino April 10th for an Interview on Air and Airplay for his Hit Single ” What You Want ” with Lashaun Turner. Also, FlyBoyMAC is making his Next lead on the 88.7fm radio station with Dj Corey in Miami Before his show he has with Dev at Miami Live Night Club on April 21st. FlyBoyMAC is making moves without a team or label behind him only supportive fans and his Manager Mrs. Yolanda.

FlyBoyMAC Hit Single Music is out on all Store sites: iTunes, Spotify and many many more. Check out the KCAA interview here: https://www.iheart.com/podcast/966-calis-best-28826163/episode/kcaa-calis-best-wed-10-apr-30809480/

Check out the Music Video here :

Rapper, singer, producer Kaio Kane was born and raised in Rockymount, North Carolina. Kane says his music is a reflection of a rural upbringing and the motivation to provide for his family.

Born De’lazsia Lowe, his stage name was inspired by an anime character whose name means ‘God Fist.’ Signed to the independent label, 100 Keys Entertainment, Kane uses his Southern drawl to create songs that distinguish him from other rappers. In 2017, he joined fellow label mates G-Wreck and Wave Gotti on a song called “100 Keys” and again on the song “Nightmares.” Both songs received airplay and support from DJs on two prestigious New York radio stations, Hot 97 and Power 105. Be sure to connect with Kaio Kane on social media and press play on his new single “Smoke 4 Free” featuring Stunna 4 Vegas.

Hip-Hop artist Nubia Emmon’s hot new video is as captivating and creative as her fusing rap music with R&B. Taking her talent to the next level—the song, Sad and Blue, Nubia said is based on her personal life. As for the video, she says that what inspired the setting is that she wanted it to mean more than just the words, ‘I’m laid up in my bedroom, this use to be the place for me and you’. “My bedroom, which is an intimate place, is our world. While we were together, we saw so much together, and we did so many things together. I didn’t want people to look at it as something sexual…so I put the bed outside to give it a bigger meaning and a bigger picture to it.”

“In my verses, you can hear me telling a story about a relationship and how we’re blaming each other back and forth and ultimately I end up hurt or, ‘Sad and Blue’.

So who is Nubia Emmon?

She is Texas singer/songwriter Nubia Emmon and she is reminiscent of that groundbreaking and exhilarating time period in the 90s when R&B/Hip Hop music was as versatile as its artists. She brings a cool laid back swag, an energetic spontaneity and her own unique artistry to the music scene.  She can go from performing club bangers to slow ballads such as “At Last” by Etta James. As unassuming as she is, Nubia will you tell you she is your everyday homegirl, but make no mistake about it, R&B Artist Nubia Emmon is the total package — she raps as well as she sings so masterfully intertwining a blend of catchy lyrics and melodious verses.

Nubia Emmon, who comes from a musical family—including her uncle Salih Williams who produced Sad and Blue, has won numerous awards in New York and Atlanta and she has several collaborations under her belt which includes Rapper Lil Niqo (Def Jam), who was featured on her track ‘Dancing Machine’. Further exercising her versatility as an artist, Nubia had a cameo role in the movie “The Holy Spoof” starring Rapper Paul Wall and she has graced the covers of fashion and cultural publications.

Keep an eye out on Nubia Emmon—her future is definitely not sad and blue!

Talented Songwriter and Rapper, Wholdie Loco, releases the visual to his single  “F*ck up a Bag”

Based out of Zone 5 East side of Pittsburgh, Wholdie Loco looks to continue in his pursuit of giving rap music the respect it deserves. By creating songs that do not only entertain listeners, but also provide the fans with thought-provoking messages. He is set to release “Fuck up a Bag,” the first single off his upcoming album titled “Trap Olympics.” The young talented rapper aims to write his name among rap legends and he seems not too far away from achieving his goal thanks to his creativity and tenacity. 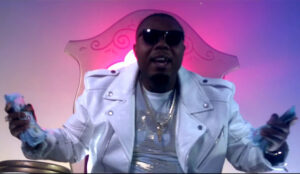 Rap music has evolved over the years with several talented acts and stakeholders contributing their quota to the growth of the music. While the music genre has grown in recent times, many of the current rap artists seem to have deviated from the essence of making rap songs, which is to inspire listeners while keeping them entertained. One rapper that seems to have stayed true to the essence of rap music is Pittsburgh lyricist, Wholdie Loco.

Wholdie Loco has worked his way into the hearts of rap lovers. They describe him as an extraordinary rapper that has delivered the kind of music with a whole lot of maturity beyond his age. Wholdie Loco is unlike any average Pittsburgh rapper. In fact, the talented writer, lyricist, and spirited performer continues to establish across different fronts.

Currently, under the management of 646 Entertainment, his work ethic and passion for making good music have stood him from others in the industry. In line with his belief – you must work to expect results, you must put in the time to reap benefits,” Wholdie Loco works tirelessly to put his name on the lips of every music lover.

What’s next for Wholdie Loco?

In the near future, the prison reform and juvenile justice advocate will release his first project titled “Trap Olympics.” This is where he talks about the games of the trap and situations associated with the trap. Wholdie Loco worked with several creative minds on the album such as the likes of Yung Optu, who produced “Fuck up a Bag,” which officially released on February 8.

The single is currently available across several social media platforms. Also, the amazing video to the song, shot by TRILLA, can be found on YouTube; as well as the 646 Entertainment website.

In the future, Wholdie Loco plans to tour and currently has dates on The Hype takeover Tour, The Finance and the Dream Tour. Additionally, there will be upcoming dates in various markets including Los Angeles, Vegas, Atlanta, and Miami.

More information about Wholdie Loco and his works can be found here – www.646entertainment.com

CONNECT ON ALL SOCIAL MEDIA NETWORKS: 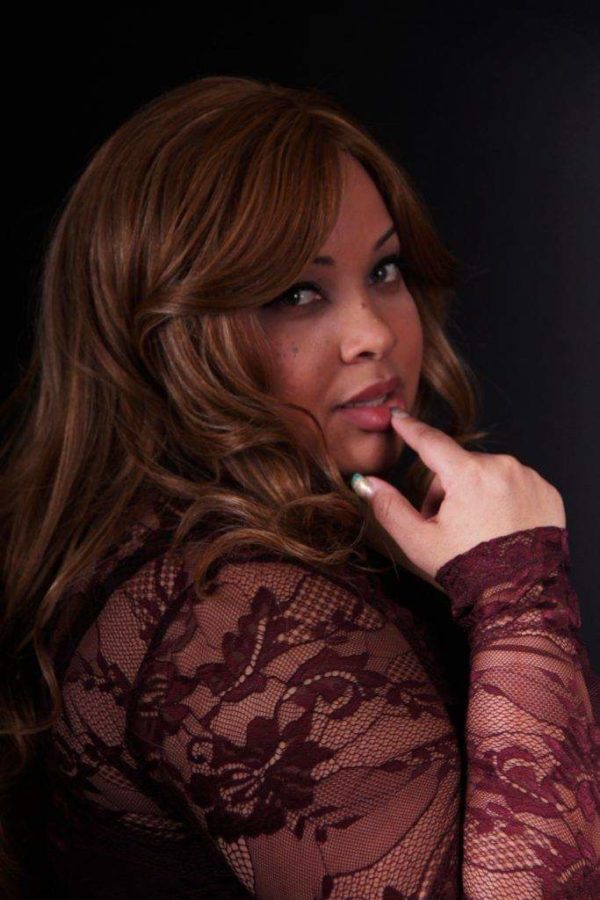 Daniel Jackson  releases the visual to his Inspirational song, “Challenger”

Long Beach, CA Independent Recording Artist, Daniel Jackson  releases the visual to his latest single, “Challenger.”  Although Daniel is a fairly new artist, he is deeming himself as a songwriter, producer, and beatmaker. His single. “Heaven” set the bar for this artist with over 42,000 streams on Spotify. Also, his resume includes several singles like Holy Ghost, Hidden Nation, Bigger than Life, Revelation and Church House. They can be found on most digital music platforms including Spotify and Apple Music.
Daniel has the ability to gather one’s attention with bold lyrics and the monstrous sound that can be heard in his production. His “Challenger” video is peaking at over 12,000 views with more to come. Big dreams, solid goals, and with roots stemming from church, Daniel Jackson is expected to make more waves in this industry with a message.

Be sure to connect with DJ on most social media networks:
FACEBOOK
TWITTER
International Recording Artist, JC delivers his Debut Single

AceLux Entertainment presents young UK singer/rapper known as JC comes out with his debut single called ‘Found U’ featuring FM55. The song was produced by @collargemusic.

He is built with massive talent and a big future on the music scene. The video will be delivered in a few weeks. The sing is available on all major platforms.

From the “Spiritual Ammo” double CD, the debut single ” Seeds in the Field” is making a heartfelt statement on the world wide web. Deacon Don DyDy recorded “Seeds in the Field” with his son before the tragedy. The video is based on a true story and depicts repeatable life occurrences in every sector of the world.

This story is a beacon to lure the families of the hip-hop generation toward a more spiritual message. Cameo appearances include Minister Deborah Simpkins, Reverend Al Sharpton (NAN Network) Treach (Naughty by Nature), Vinnie (Naughty by Nature) and the Jaguars, The football team of East Orange Campus High School.

Video filmed by The Creative Gods and directed by Hezues R.

The single can be purchased on all digital music outlets: