Talented hip-hop act, Infamous Thierry, releases his new single, “Projects,” as a follow up to his hugely successful “I Remember.” Popularly known by the stage name Infamous Thierry, Cameron Thierry literally made a grand entrance into the music scene with the release of his hit single titled “I Remember,” a song that has continued to grow in popularity, garnering over 2.5 million views on YouTube. The talented act has recently released a new single he has titled “Projects,” which dropped May 17th on all digital platforms. 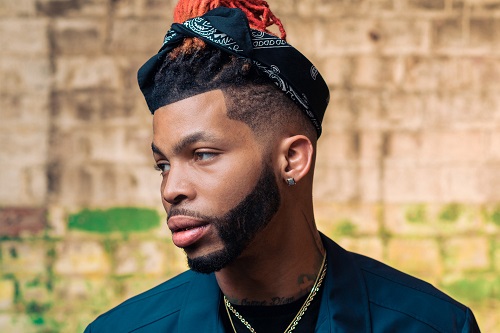 Cameron Thierry does not only share an origin with hip hop greats like BoosieBadazz, Webbie, and Kevin, but he also grew up listening to their songs such as “Savage Life,” “Badazz,” and “All Or Nothin’.” The relatively young act is gradually building a strong career for himself in the industry and is looking to toe the line of Lil Wayne and Kanye West, some of the several artists that have influenced his style of music.

Infamous Thierry sees himself as a representation of the hoods across the world, about having enough ambition to make it out, a principle that has guided his music delivery and style. His song titled “I Remember” is a thought-provoking song about Infamous losing his brother to the streets and his struggles to be the best he can be despite all the obstacles life has thrown at him. The song has helped him become a fan’s favorite, particularly on the streets.

Infamous will continue his path to become the leading artist in the industry as he looks to be on a good path to achieving this aim and stand himself out in the industry, with a planned 15 city promotional tour kicking off in his home town, Baton Rouge. Infamous aims to use his God-given gift to inspire listeners across the globe by bringing his own style to the industry and allowing his fans to grow with him and witness his evolution in the industry. His current project called “Projects,” a song for everyone who has defied all odds to become successful in their own sphere, no matter how small. The song chronicles Infamous’ story and what he had to do and lose to make it out.

Infamous Thierry aims to one day live his dream of having a collaboration with the legendary Jay Z and
this dream seems close with the rate he is going.