Jersey Native, TattedUpBroc’s EP “Crackheads Made Me Rich” serves a dose of reality

When growing up fast is the only option, TattedUpBroc takes a negative and turns it into a positive. Tattedupbroc’s – also known as Broccoli – arrests in the past earns his street credit in his neighborhood. At the beginning of his career, the underground rapper releases his music on SoundCloud. Looking back at his lifestyle, unlike a few rappers in the music industry who rap about the streets, Tattedupbroc has real lyrical stories to tell. By delivering several doses of reality, he is now considered to be one of the most talented rap artists in the game. 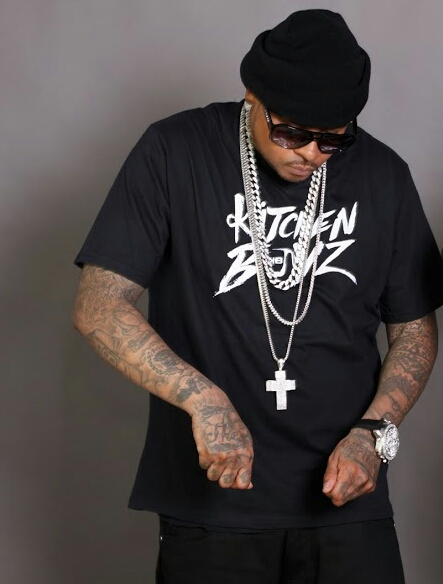 TattedUpBroc’s eight-track EP titled “Crackheads Made Me Rich Vol. 1” is the one project from his entire music catalog that stands out to the masses. With his history in the streets, it was not a problem for the artist to come up with material for this project. Additionally, The host – DJ Jay Era’s excitement brings an extra thriller to the EP as he guides the listeners into each track.

For the EP, Broccoli snags the beat to one of the tracks, “Breakfast Club Ni**a on Instagram. The beat is from well-renowned Chicago producer Young Chop -who produced tracks like “Don’t Like” and “Dis Ain’t What You Want.” The original concept for the track was used for a commercial for “The Breakfast Club”. But when positive feedback is heard, Broccoli adds it as a bonus track for the EP.

The main controversial song on the EP is “Kooking with the Kardashians”. It’s about teaching the ‘Kardashian’ sisters the correct way to manufacture drugs in the kitchen.

Another track and the crowd favorite.gangbanging anthem is “Bang Bang.” Ricky Vision, an upcoming Jersey producer, who created the dark snare drum pattern mixed with the intense lyrics and deep tone to make this song perfect. With the assistance of DJ Jay Era, TattedUpBroc’sdaily views and downloads increase which helps his social media following along with streams. This body of work is definitely a street favorite amongst those distributing narcotics or anyone who is living the life of crime.

With more music on the way, the suspense of what Tattedupbroc will come up with next is mystifying. The one thing we know for certain is – as long as the streets are talking- it will be hot.