Nyasia Chanel and Dancehall artist, Jay Bankz  remixed her latest single, “Do it Like That”

On a balmy summer night surrounded by family, young R&B songstress Nyasia Chane’l excitedly listened as her song played. That Sunday night on July 29, 2018, DJ Norie of Power 105.1 FM debuted the remix to her single “Do It Like That” featuring Dancehall artiste Jay Bankz.

Nyasia Chane’l grew up in the small town of Fallsburg in the Catskills region of Upstate New York. Known then as Nyasia Harris, she began to express herself creatively at an early age. “I’ve been singing since I was four years old. Music has been my passion and my creative expression all my life.” She says. Through the years she was always singing, dazzling both parishioners in the pews at church and her classmates in the halls of her high school.

It was always evident that Nyasia had raw talent, so at the age of 20, she began exploring her music more seriously. Nyasia recorded a demo, and after hearing her voice through the microphone, she knew that this was something she could enjoy doing professionally. With the encouragement of her friends and family, Nyasia began to write her songs and record them. She started to create her sound based on the R&B and Soul singers she grew up listening to.

Her music began to spark local interest and she was invited to perform at various venues across the tristate, including playing with the legendary Blues performer, Grand Slam Allen, at the Resorts Worlds Catskills Casino, and as an opening act for award-winning R&B crooner August Alsina at the Chance Theater located in Poughkeepsie, New York.

Initially released in January of 2018, “Do it Like That” was written by Nyasia Chanel and produced by Vic On The Beat. It’s well received by both industry insiders and the public alike.  “Do it like that” began to garner moderate success, receiving airplay on local and internet radio stations across the country. Audiences enjoyed the track during her live performances. Nyasia felt that the Caribbean vibe of the song needed to be refreshed, enter Jay Bankz, who contributes an authentic “dancehall deejay” element which perfectly complimented the sultry vocals on the record.

Jay Bankz is an up and coming independent artist, hailing from Jamaica and currently resides in the United States. Jay Bankz latest single “Success” is making its way up the independent Dancehall charts in Jamaica and is one of the most sought-after rookies in the game.

The musical chemistry between Bankz and Nyasia has been prominently on display all summer long during their live performances “Do It Like That” is currently available on all major streaming platforms. 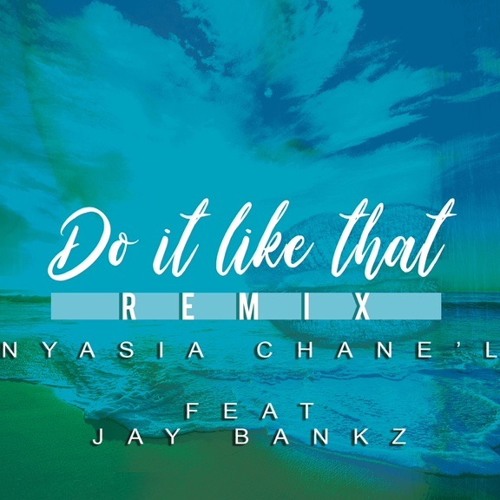